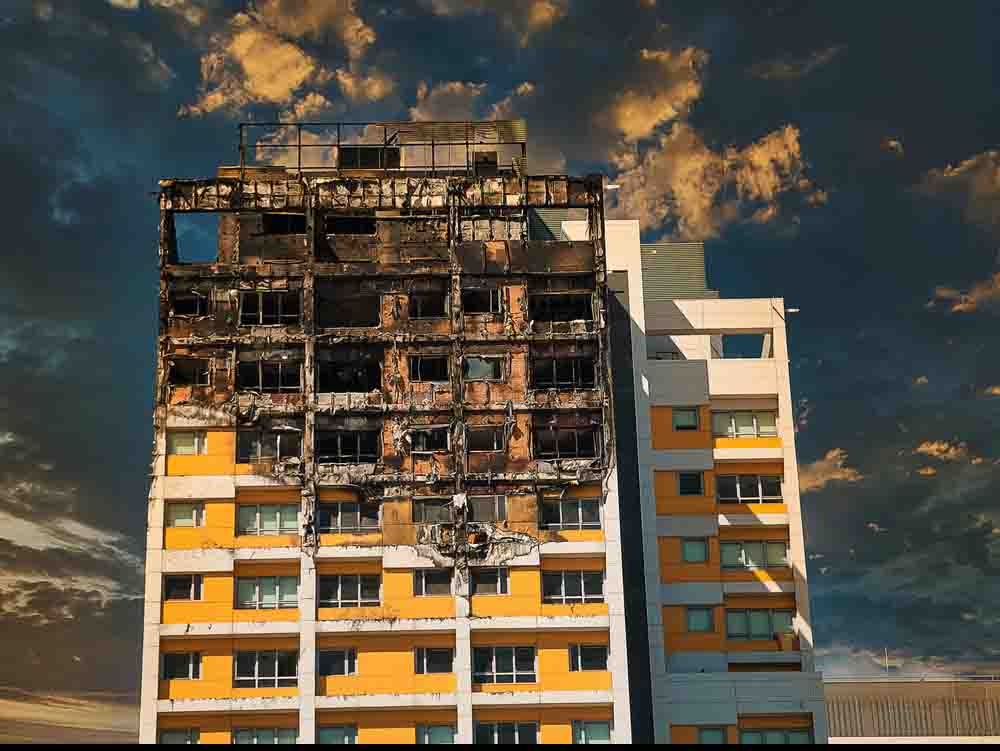 Home insurance is not mandatory, it is essential

A large fire in the Hortaleza neighbourhood of Madrid covered the upper floors of a 20-story building with flames. The tower is newly built and is adjacent to five similar buildings.

This happened at the end of August. The fire burned eight residences of the three upper floors and the attic; other floors below are affected by smoke and burning smell and are without electricity or water. Many residents have not yet returned. It took more than 20 fire crews to quell the fire that seriously affected the façade. Nobody was injured, fortunately.

There is a lot of damage! And everything seems to be caused by an accident that occurred in an owner’s residence.

How much money are we talking about?

Who can pay in your place?

An insurer, thanks to home insurance. The likelihood of there being a fire is not high, but its consequences are very serious The most important thing is to protect yourself using home insurance. Imagine that the Madrid fire had happened in your home and you had to compensate your affected neighbours in addition to your own home. Could you take this on?

Your most important asset.

Home insurance not only protects your most significant asset, which is usually your home. It also protects you from all damages that you may suffer due to fire, water, civil liability, theft… and many other things

Don’t risk it. You could lose everything. Ask us.

« They lost your bags. What should you do?